Aesthetic chin surgery is usually performed to augment a weak chin or to balance other facial features, such as a prominent nose. Cosmetic surgeons often use a chin implant, an insert made of a synthetic material like silicone, for chin enlargement. In addition to cosmetic chin surgery, facial implants are also commonly used to enhance the cheeks (for higher cheekbones). Chin implants can be combined with cheek implants or used in combination with other plastic surgery procedures such as rhinoplasty.

Those people who have a weak chin, a disproportionate nose, or both, may benefit the most from chin enlargement. Cosmetic chin surgery enhances the jaw, which can also help to balance a pronounced nose. The best candidates for this type of chin operation have no serious health problems. Any cardiac condition or serious incidence of hypertension will most likely disqualify a person from aesthetic chin surgery. Also, people taking anticoagulants such as warfarin or heparin should avoid having a chin implant operation. The best cosmetic chin surgery candidates will follow the advice and recommendations of their surgeons and maintain realistic expectations.

Aesthetic chin surgery is usually an outpatient procedure. Chin enlargement can be performed in either an outpatient clinic or a hospital. Either a local or a general anesthetic can be used during the chin operation. When placing a chin implant, an incision is first made in the most discreet location possible. In many cases, the incision can be made from inside the mouth in order to minimize scarring. Incisions for the chin operation can also be made underneath the chin. The next step of chin enlargement involves the insertion of the implant. A synthetic chin implant is placed on top of the jawbone, secured, and sutured into place. Cosmetic chin surgery usually takes an hour or less to be completed.

Although facial implants are considered fairly safe, as with all surgeries certain risks exist for chin enlargement. The most common chin surgery complications occur when implants shift out of position. If a chin implant moves out of proper alignment, a second chin operation may be needed to correct the problem. Infection is another, less-common risk of aesthetic chin surgery. Finally, numbness is another rare side effect that can occur after chin surgery.

Please note that this information should be used only as a guide to your treatment. All specifics will be discussed with your Surgeon during your initial consultation. 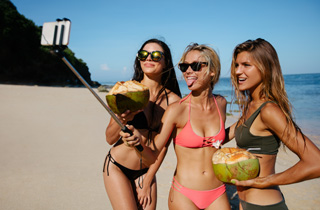 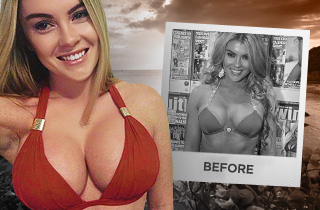 See why we are the preferred choice in cosmetic surgery, Thailand.

#RBGBABE ALERT 😍🔥 Seriously though, how inc

Anyone else hoping Santa brings you a new boob job

Escape with us for your dream surgery in a tropica

Not today gravity! 🤣🙌🏽 A lower face and

BOOKED OUT! Our March tour is officially booked ou

What are you waiting for? 😉 Breast Augmentation